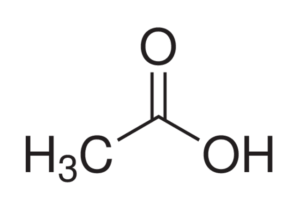 We do not fully understand the innate nature of this acid type precisely, but it has proven to be an excellent “base” compound for attaching biological agents to in order to safely integrate them into the human body.

In this instance, the unique 29 amino acid code previously specified is attached to this salt base and presented in a sterile vial – following the reconstitution process whereas the powder is “melted” with water, it is then safe to introduce it into the bloodstream.

The below image showcases how your peptide will appear in its acetate salt form. 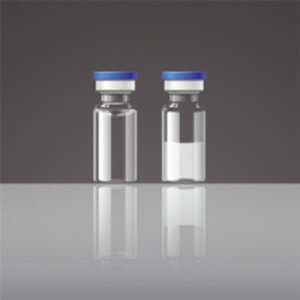 Once in the blood stream, the antibacterial properties on offer with acetate salt in conjunction with the protective properties of bacteriostatic water will ensure that infection risk and user safety are diminished and optimal respectively.

This does of course assume that you administrate this item safely; we’ll elaborate more on the necessary injection procedures later on in this profile.

You may have seen across various Internet boards should you have performed any research on this item thus far that some people consider sermorelin to be an excellent means of “naturally” mimicking hgh production.

This is because it uses the body’s “organic” processes to trigger hgh release rather than forcing an exogenous agent into the system that would not ordinarily be there.

We’ll touch more on this aspect of its functionality shortly to help you determine whether or not you agree with this thought process, but for now we’ll focus on precisely how it synergises with these organic elements of the human body to produce / release human growth hormone.

Under ordinary circumstances, the release of growth hormone all starts with the hunger hormone ghrelin.

Human beings have an inbuilt mechanism whereas they “unleash” ghrelin as a precursor to growth hormone release within the body. This is deeply rooted in our early evolutionary processes.

Without going too in depth on this aspect of our physicality (you’ll find a far more in depth explanation on both the main peptide home page and the GHRP 6 profile for instance) ghrelin release originates from our need to take in nutrients and “evolve” and repair our bodies following long periods of starvation.

We used to have to hunt for hours at a time or even days to secure food in these early days; once we had it in hand, we then needed to instigate the release of growth hormone as a means of ensuring that we could capitalise on the nutrients we were about to ingest.

Ghrelin served as a means of “triggering” the mechanism of action that lead to growth hormone being “freed” and entering the bloodstream.

Ghrelin release also signifies a need for nutritional intake – it does this by serving as a means of telling the body to look for and ingest food (signified by the familiar stomach ”rumbling” we all associate with hunger, caused by the mobilisation of digestive juices.) 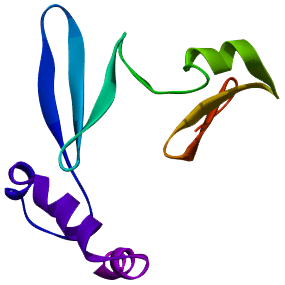 As such, ghrelin serves a twofold function through both making us aware of the need for nutrients, and allowing us to capitalise on them simultaneously.

If you remember back to the previous section where we discussed peptides and proteins and how they contained unique amino acid “codes” – GHRP (growth hormone releasing peptide) products actually contain a code that allows them to mimic ghrelin.

It’s the next “stage” of the growth hormone release process that we’re concerned with in relation to sermorelin though; once ghrelin has been released, it then interacts with the hypothalamus of the brain.

Following this interaction, the hypothalamus then releases growth hormone releasing hormone into the bloodstream – once there, it travels to the somatotropic cells to trigger them to release their stores of somatropin (growth hormone.)

Once released into the system, somatropin is then able to exert its many effects, as we’ll outline in the next section. 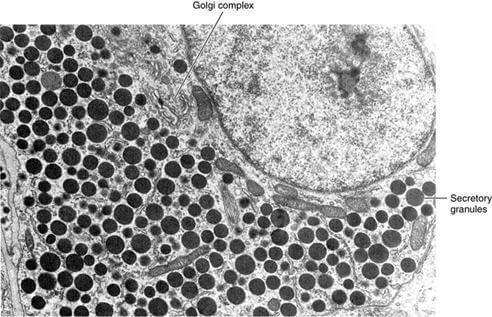 To take things back a step or two, it’s the part of this overall mechanism of action concerning growth hormone releasing hormone that we need to focus on.

As per GHRP products and their emulation of ghrelin, the 29 amino acid code contained within sermorelin directly emulates growth hormone releasing hormone – when ingested, the body then acts as though this hormone has been organically released and proceeds to use it as a means of calling the somatotropic cells into action by releasing growth hormone.

As such, it “cuts out” the ghrelin component all together. Whilst this may be seen as desirable, it does lead to some issues in regards to potency occurring as we’ll soon outline.

Overall though, it’s perhaps easier for you to understand why after reading this section, it is that people believe this is an excellent means of stimulating “organic” growth hormone release; it doesn’t make the body do anything that it doesn’t already do.