It’s fair to say that provided those who integrate sermorelin are following a strict dietary and training regimen, achieving enhanced muscle mass is almost guaranteed.

You’re not likely to achieve “heaps” of size as per certain steroid hormones, rather, what you can achieve is likely to be “solid” and “legitimate” rather than laden with excess fat and water.

This is again down to the “organic” nature in which sermorelin exerts its effects; working with the body’s natural processes as opposed to forcing an exogenous “foreign” substance into the system (that subsequently carries with it several potent side effects as per the likes of anadrol, a popular AAS “bulking” agent.)

This means that you’re able to advance natural musculature in an “organic” fashion, rather than forcing growth through cellular manipulation and as per anabolic steroids.

This organic process is all down to the release of a separate growth factor known as IGF-1 (Insulin like Growth Factor 1.)

You may have encountered this name before; as it is almost always mentioned when describing muscle gain and anabolism in general; some believe it is the “key” to muscular evolution.

The truth however (as with almost all aspects of the human body) is not quite as simple as that, though there is definitely some basis to these claims.

There are likely as many people out there who believe that growth hormone is responsible for anabolism as people who believe that it’s all down to IGF-1. In fact, it is technically neither of these hormones that lead to enhanced muscle mass.

Both human growth hormone and IGF-1 are simply necessary precursors for another, separate component that proves to be absolutely vital, and arguably forms the entire basis of our muscle building and repair process.

This separate component is known as MGF (Mechano Growth Factor.) It is “bred” from IGF-1 itself.

When our muscle cells are damaged following intense bouts of physical activity, IGF-1 “splices” into sub strands; the most important of these from an anabolic perspective is IGF-1 IEb. This sub strand exerts its effects directly within skeletal muscle and other organic cellular formations.

How it enhances anabolism is through the recruitment of “satellite” muscle cells (muscle cells that are not performing any “active” duties) and enlisting them into the growth and repair process.

This is precisely why the anabolic window post exercise is so crucial for muscle growth (and nutrient intake) – this is when our release of IGF-1 IEb is at its highest, and is why we must shuttle nutrients into the body to accelerate the regeneration process. 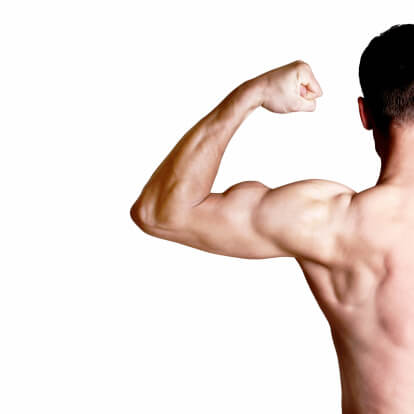 When we supplement with any growth hormone secretagogue (the name given to the family of pharmaceutical products that trigger growth hormone release including all GHRP and GHRH item types) we elevate growth hormone levels beyond their “normal” means.

As such, we indirectly elevate IGF-1 levels beyond their normal means too.

As previously mentioned, this means that should the user be eating sensibly and performing the relevant type of exercise to enhance muscle growth whilst utilising sermorelin, it is actually somewhat impossible for some form of increased cellular growth not to take place.

It is actually as a result of enhanced IGF-1 presence that possible strength increases may occur too.

As previously mentioned, enhanced muscle growth is somewhat of a guarantee provided the user is following the relevant nutritional and physical procedures needed to make that happen, but enhanced strength may not manifest in quite the manner one might expect.

When many people think of enhanced strength output, they imagine it in a very “aggressive” manner as opposed to it occurring with more “subtlety”.

Please take a moment to observe the following diagram before proceeding, as it helps to explain how enhanced strength is possible through the utilisation of GHRH products like sermorelin.

As this diagram shows, IGF-1 can enhance the recovery and development of muscle, bone and general tissue growth. It’s primarily the tissue and bone growth we’re concerned with when it comes to strength output. 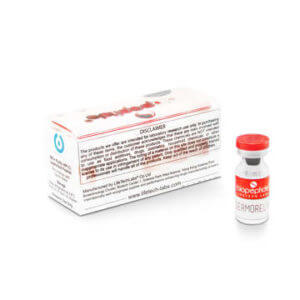 Strength capacity isn’t all about muscle size; a certain degree of size is needed to produce maximum velocity (power) but ultimately it’s the underlying integrity of the bone and connective tissue that determines whether the muscles can perform effectively in this capacity.

When observing high-level strength competitors, it’s their ability to “keep up” with the demands they are placing on their bodies that ultimately determines how successful they are going to be in their field.

In between intense bouts of physical activity, it’s absolutely vital that the tendons, bones and ligaments supporting the skeletal muscles are able to “replenish” and maintain their strength if the individual is to stand any chance of repeatedly delivering optimal strength performances.

Collagen is vital for the maintenance and production of almost every organic component of the human body relating to soft and hard tissue alike. In particular, it is a prominent feature of and plays a prominent part in the protection, advancement and stability of bone, ligaments and tendons. 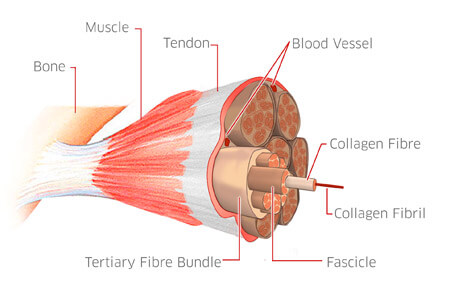 These vital connective tissues form the “platform” that allows us to exert maximum force during explosive strength exercises. Where many athletes / gym goers struggle is that they are unable to adequately protect / replenish these elements over a sustained period, thus resulting in diminished strength capacity over time. 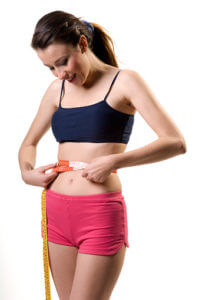 Even properly structured and tailored strength training regimes cannot completely counteract this inevitable decline in performance (known as “diminished returns” or the point at which progress begins to regress, rather than progressing.)

As such, supplementing with sermorelin or any other means of enhancing growth hormone (and subsequently IGF-1) output will dramatically improve one’s ability to recover successfully from high octane performances and allow them to continue to progress far past the point where their natural limitations would allow. This is precisely why we said that enhanced strength would not necessarily occur in the manner you may expect; this is not an “active” means of boosting strength as per a stimulant, it is instead a “passive” one.

The “knock on” effects of enhanced levels of IGF-1 are ultimately what lead to a higher strength capacity occurring. Realistically speaking, this is far more beneficial than a “false” strength boost.

Forced surges in strength can actually prove counterproductive unless a compound like sermorelin or nandrolone (aka deca) is present to help replenish the connective tissues of the body. This is because they provide the user with more strength than their body can necessarily “handle” – as such, they may lift loads that exceed the current capacity of their physicality.

This can easily lead to rapid injury and prove detrimental for those who are either strength athletes, or who need to develop their aesthetics through sustained high intensity strength / resistance training. Certain AAS (anabolic steroid) types can have a similar effect too, though it should be noted that many of them are also capable of enhancing the replenishment of these “connective” elements in their own right. Growth hormone secretagogues are useful for achieving this end result when used in isolation, but they certainly provide a more potent effect when combined with anabolic steroids. 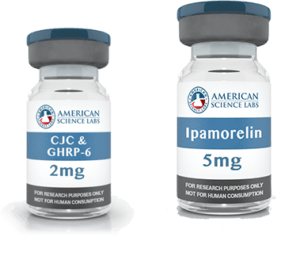 It’s through this combination that one can truly optimise their recovery and strength, thus leading to high-grade performance over sustained periods of time. This is why gh / gh secretagogue varieties are so commonly combined with and feature alongside AAS products – they help to bring out the “best” in one another.

We’ll elaborate on this comparison later on in the profile, but for now it’s important you understand that whilst these compound types are certainly different in nature (AAS and growth hormone secretagogues), they can work together very harmoniously in instances like this (when seeking advanced strength and recovery.)