Following, the release of this synthetic hormone type, the medical world was taken by storm and we were able to treat patients with growth hormone dysfunction in conjunction with a plethora of other ailments.

Despite this excellent breakthrough, there were several issues with growth hormone. These issues ranged from side effect potential to cost (this latter issue is a major problem as it cuts hgh off from a wide sector of the market.)

In regards to side effects, it was deemed necessary to find an alternative means of amplifying gh production by using the body’s natural resources, as opposed to introducing a large surge of exogenous hormone.

It was theorised that using the body’s natural mechanism of action would lead to a more “controllable” and “appropriate” means of elevating growth hormone levels within the body, one that would not present the same issues as its predecessor.

As a result, analyses were performed on the body’s mechanism of action in regards to growth hormone, and whilst it wasn’t until the late 90’s that we discovered ghrelin; we were at least able to determine part of the sequence that lead to its release. 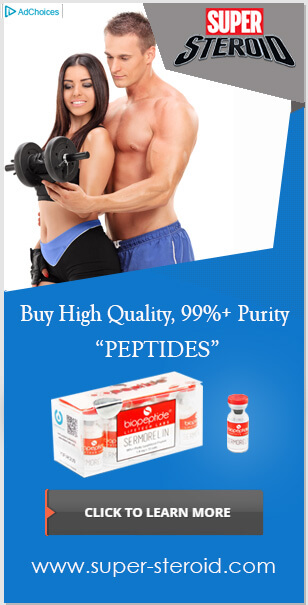 This lead to “GHRH” becoming our primary target for the advancement of the growth hormone therapy field.

Interestingly though, this wasn’t the first time we had stumbled upon “GHRH” – during the 1960’s – 70’s, there were a series of breakthrough experiments performed by the groups of Dr Andrew Schally and Dr Roger Guillemin.

These experiments revolved around hypothalamic activity, specifically; they isolated and sequenced the regulatory hormones produced by the hypothalamus including somatostatin and gonadotropin releasing hormone.

During this era, one particular experiment conducted by Reichlin saw him create lesions in the hypothalamus (contained within the brain) – he noted that this subsequently lead to the diminished release of growth hormone.

Following this, he concluded without doubt that the hypothalamus must contain some kind of “precursor” to growth hormone. This of course, was growth hormone releasing hormone – we just didn’t know it at the time.

Some time later, Frohman et al. reported that they had managed to partially purify and characterize a peptide with growth hormone releasing properties – this peptide came from extra pituitary tumours from acromegalic patients. 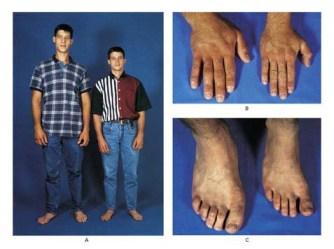 As acromegaly leads to the release of excess growth hormone within the body, it made perfect sense to analyse tumours from these patients as a means of gaining a wider understanding of growth hormone release mechanisms.

Whilst this peptide was an excellent start in terms of fully synthesising GHRH, we still were not quite “there” yet in terms of being able to produce something solid enough to use in a therapeutic sense.

This all changed though with the extraction of one particular tumour from the pancreas of a patient suffering with the aforementioned condition – this tumour was embedded in the base of the pancreas and didn’t test positive for any of the common elements associated with acromegaly tumours. 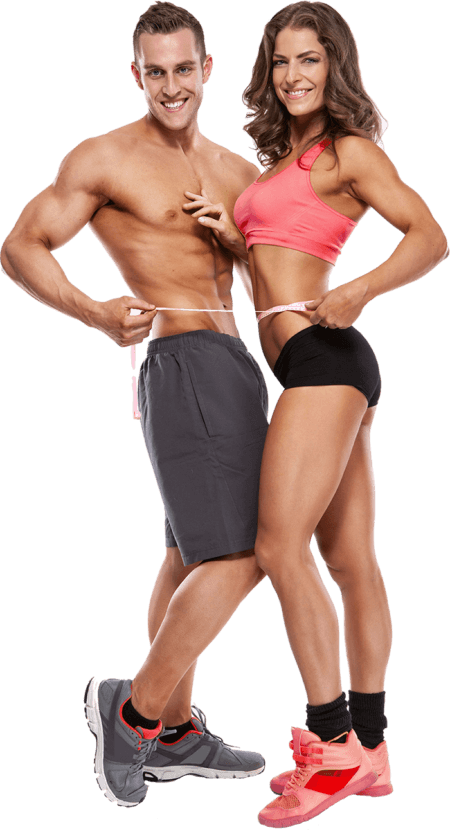 Once removed, remarkably, the patient’s blood growth hormone levels dropped considerably; they have been cured of their condition ever since. This is because the tumour showed a tremendous degree of GHRH activity – as a result, it was spliced and sent to various laboratories for further research.

This lead to researchers being able to isolate growth hormone releasing hormone fully for the first time; as a result, it was released for medical research in 1982. Ever since then, it has been used in a research only capacity to favourable effect for the treatment of gh deficiency in children and adults alike, in conjunction with other ailments leading to hormonal imbalances.

The side effect potential was certainly lower, and strategic pulse release made this method of gh elevation more accessible – but it came at the cost of maximum efficiency. An answer was needed if we were ever going to be able to match the strength of synthesized human growth hormone with the efficiency of this new found secretagogue category of products.

This is precisely why further experimentation took place as a means of “refining” secretagogues – this experimentation lead to the development of the GHRP class of secretagogues, which exert their effects by mimicking ghrelin (though we didn’t actually discover ghrelin for quite some time – it was without doubt these early experiments that preceded its isolation.) With both secretagogue varieties on hand, we were finally able to match (or come close to matching) the potency on offer with human growth hormone, albeit without an elevated risk of side effects.

Despite this being the case, secretagogues are still only approved for research use only – at present, they are not widely available as a pharmaceutical agent for any therapeutic purpose.

Despite the limited capacity in which sermorelin is allowed to be used, there have been several albeit sparse clinical trials in regards to its effects on everything from anti aging to growth hormone deficiency. An area we currently struggle with is the long-term side effects of this and all other growth hormone secretagogues; we simply do not (at present) know for sure what effects these items can cause to manifest over a sustained utilisation period.

You’ll find a highly interesting exchange of viewpoints from qualified medical professionals in regards to the efficiency of sermorelin for use as an anti aging medication (amongst other potential benefits) in this article.

In regards to test results, you’ll find a catalogue of several trials here where you can review the results and determine the effectiveness of the medical application of sermorelin.

Save for these trials / opinions – there is really very little “official” information available to highlight the efficiency of sermorelin within a medical capacity at this moment in time. Though it is not ideal, you’ll actually find many hands on reports from the anabolic community; this product has been a longstanding staple amongst those who wish to improve their aesthetics.

This has lead to widespread coverage of sermorelin due to countless user testimonials. It is absolutely vital that we state at this point that in no way are the testimonials of users to be relied upon as fact – rather, they serve as a highly useful means of gauging side effects / realistic results one may achieve whilst using this item.

Through combining “public” findings with professional research in this fashion, you’ll be able to build an excellent overview in regards to precisely how this item is likely to “take” to your body, and what you can achieve with it. Never forget to visit your GP for a pre cycle check-up regardless of how confident you may be that no adverse issues will arise during your time with sermorelin – this will always be the best means of guaranteeing (or coming as close as possible to guaranteeing) maximal compatibility.

Whilst growth hormone secretagogues have not been officially condoned for human use and are still classed as research “only” products, it’s rather easy for us to surmise what the benefits of taking sermorelin would be within a medical capacity.

These benefits would include but not be limited to:

This list surmises the likely reasons why a medical professional would treat a patient with sermorelin, but this does not mean that sermorelin only presents these benefits alone.

There are surplus reasons to take this product including enhanced anabolic capacity and even skin cell regeneration (thus leading to an improved complexion) but these positive traits would largely be resigned to aesthetic circles rather than a medical professional deeming them to be beneficial in any other capacity.

Banned By The WADA

Sermorelin is banned by the World Anti Doping Agency for use in all sporting endeavours.

This is due to the fact that it can enhance anabolism, recovery and potentially strength output as a result of the manner in which it supports the ligaments and tendons. 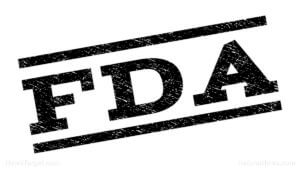 This is a fairly “run of the mill” judgement as all growth hormone varieties are banned for use in sports, therefore it only makes sense that sermorelin should receive the same treatment. It was actually the widespread “banning” and “condemning” of all products leading to enhanced anabolism in the early 1990’s (the infamous East German doping scandal) that may still be playing a part in the “research only” tag still hung around the neck of growth hormone secretagogues.

Ever since anabolic products incurred the wrath of the FDA during this era, pharmaceutical companies have been very hesitant to release anabolic produce including growth hormone in a widespread fashion.

Not only that, but the FDA (Food and Drug Administration) has kept its leash tremendously tight in regards to what it will actually allow to be used for medical treatment. Being that we already have growth hormone varieties available, it is unlikely that they will deem secretagogues as being necessary in any way. 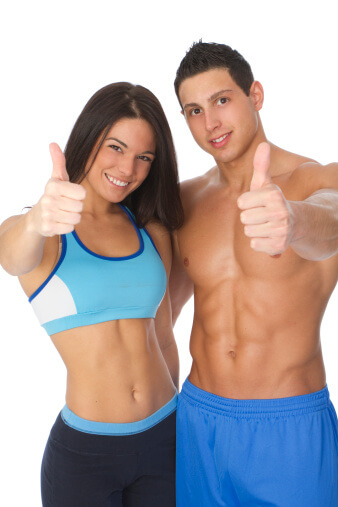 It is highly likely that the FDA perceive condoning the human use of and “releasing” secretagogues to the public sector to be a likely precursor to their widespread use within sports and aesthetically charged communities. This is precisely what happened before the scandal of the 90’s – the reigns on anabolic produce were far looser and anabolic steroids / growth hormone alike were seeing widespread medical use.

Due to so many compounds being approved for human use, it was tremendously easy for bodybuilders and athletes alike to get their hands on these items. When this widespread use came to light and reared its ugly head in the form of extensive turinabol integration by the East German athletes (thus serving to highlight how commonplace these compounds were amongst athletic communities) immense pressure came reigning down from the FDA to make these items as scarce as possible.

In some cases, this even led to many pharmaceutical companies completely discontinuing their anabolic products all together. Ever since, steroids have remained overtly “underground” and growth hormone secretagogues are unlikely to ever be given the chance to flourish in an “over ground” fashion.

The WADA works closely with the FDA to ensure that no compounds are able to slip through the “cracks” and make their way into the hands of athletes. Every conceivable supplementary item pharmaceutical or otherwise is screened by both of these organisations to ensure that anything that could possibly provide an unfair advantage in sports is removed from circulation.

Not only that, but should any product prove to be able to manipulate physicality to a notable degree whatsoever in a sporting capacity or otherwise, the FDA will keep it on a tremendously tight leash – it’s rarely that items of this nature are upgraded from the research only status in this day and age.

This widespread suppression of anabolic produce is of course not all due to the fear of them falling into the “wrong” hands – it is also simply due to the fact that they serve a purpose that is arguably (at least in the eyes of the FDA) not needed at present.

After all, why expand the market and subsequently risk expanding illicit use should there be no call for it? On balance though, many prospective patients would likely disagree with this latter statement (these products not being needed.) Given the opportunity to use them, many individuals would no doubt enjoy the reduction of side effects and degree of control offered by secretagogues in particular.

As of now though, the last word on their utilisation within a medical capacity or otherwise lies with WADA and the FDA.